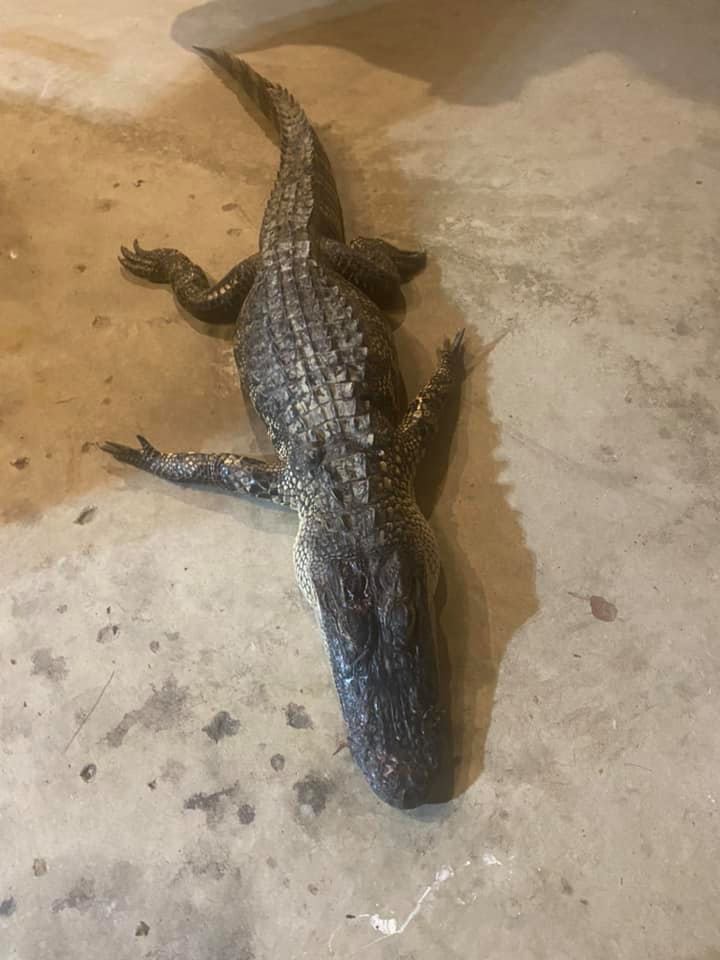 (Talk of the Town photo provided)

A murky video surfaced on social media over the weekend, showing what the poster indicated could be an alligator in a Whitley County lake.
Today, photographs have emerged from an individual claiming to have caught the beast that does, indeed, appear to be an alligator.
Reportedly, the animal was caught in New Lake in Etna Troy Township sometime late Monday or early Tuesday morning. Reports also indicate the animal had been a pet that was released into the lake and that when caught by a sportsman, it had to be euthanized. The animal was said to be 63 inches long.