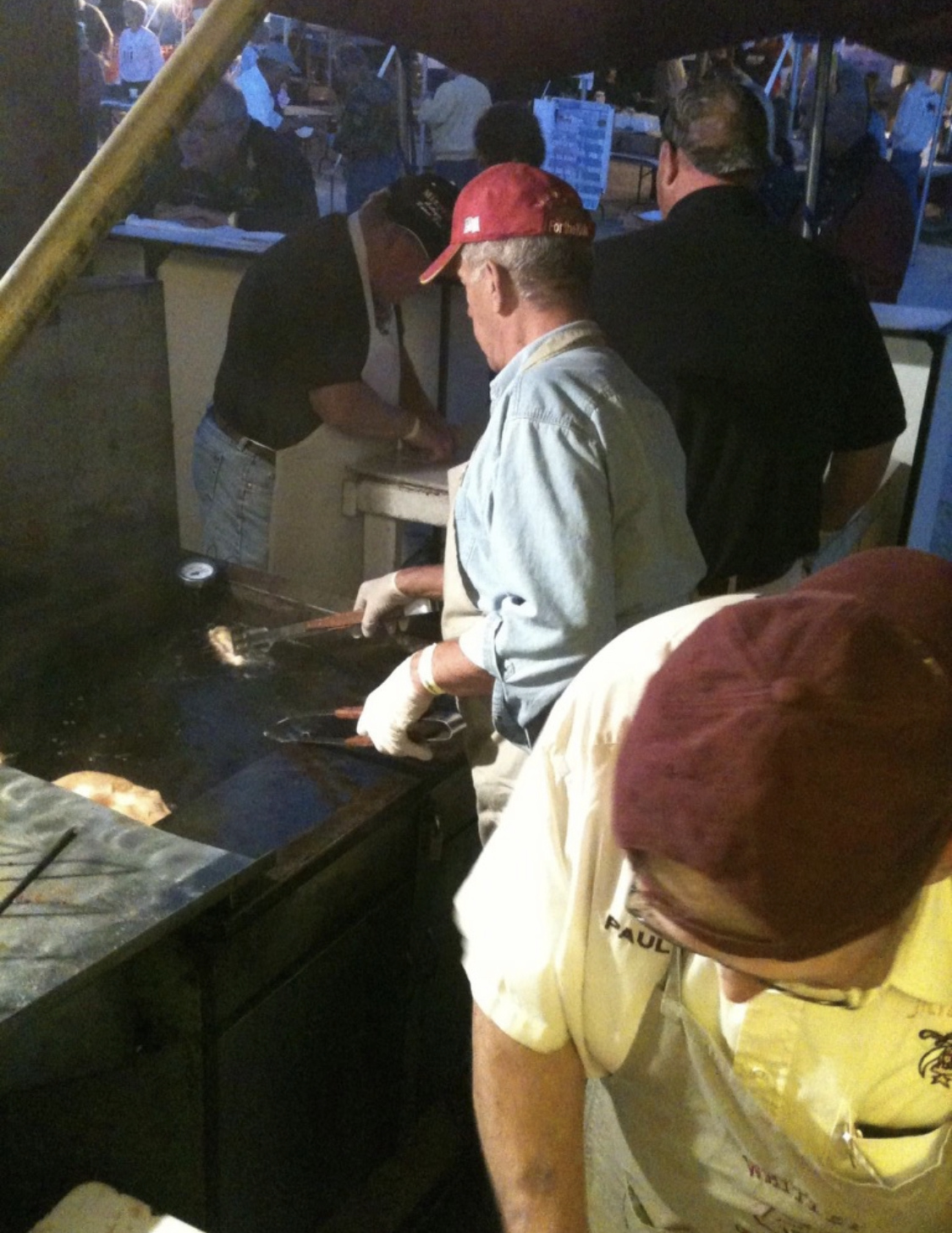 When you ask local residents about their Old Settlers Days favorites — there are a few common answers. One of the responses heard most frequently is the Whitley County Shriners’ elephant ears.

Unfortunately this year, this special summer treat won’t be available at the fair…and much to the disappointment of many, may never be again.

Local resident Mindy Muchow and her husband, Whitley County Shrine Club member Jon Muchow, have been closely involved in making the large, sugary confections for many years. But Tuesday evening they shared the sad news that a community’s favorite fair treat would be notably absent along the midway this year. Without a lot more members, they’re unlikely to be making the popular elephant ears ever again.

“You would understand a lot better if you were part of the great Shriner Organization — the fact that the average age of the Shriners is over 80 years old,” Muchow stated. The few younger members are pulled in many directions by work and other commitments. Getting enough physically able people to commit to making elephant ears each year has become impossible.

“Trying to find help is near impossible —each shift takes a minimum of 6-8 people,” she added. “It is quite the task to put a trailer up, no less cook the ears. There just was not enough help to make a go of it this year.” Muchow added that elephant ears will be notably absent from the annual Columbia City Fireworks as well. Again, not enough help to make it a successful fundraiser.

The local Shrine Club’s predicament isn’t unique to their organization. Many local service organizations, such as Rotary, are experiencing declining membership as existing members age or pass away and young people just aren’t joining and volunteering like previous generations. Still, they try to do all they can with less help. Other clubs, like the Optimists, Kiwanis and Eagles have closed their chapters entirely and are no longer able to keep their projects alive in the community.

Since the elephant stand opened in 1995, the Shriners have raised as much as $10,000 per year to help provide transportation and care for sick children at the Shriners hospitals in Cinncinnati and Chicago. Those dollars support local children’s need for care and it’s estimated that as many as 40 local children per year receive care via the Shriners. The donations generated locally through the sale of elephant ears is significant — estimated well over $100,000 since the project began.

In spite of sadness and disappointment about the end of the elephant ear era, Muchow is hopeful. Could this encourage more people to join the local Shrine Club? Could it make more people willing to volunteer to help the remaining Shriners?

“Maybe those that are sad would send a donation to the Mizpah Shrine office in Fort Wayne and make their checks payable to the Shrine Transportation fund so the kids can still get free rides to the Shrine Hospital in Chicago and Cincinnati in the Shriner Van,” Muchow said.

To ask about becoming a Mizpah Shriner and a Whitley County Shriner, email membership@mizpahshrine.com