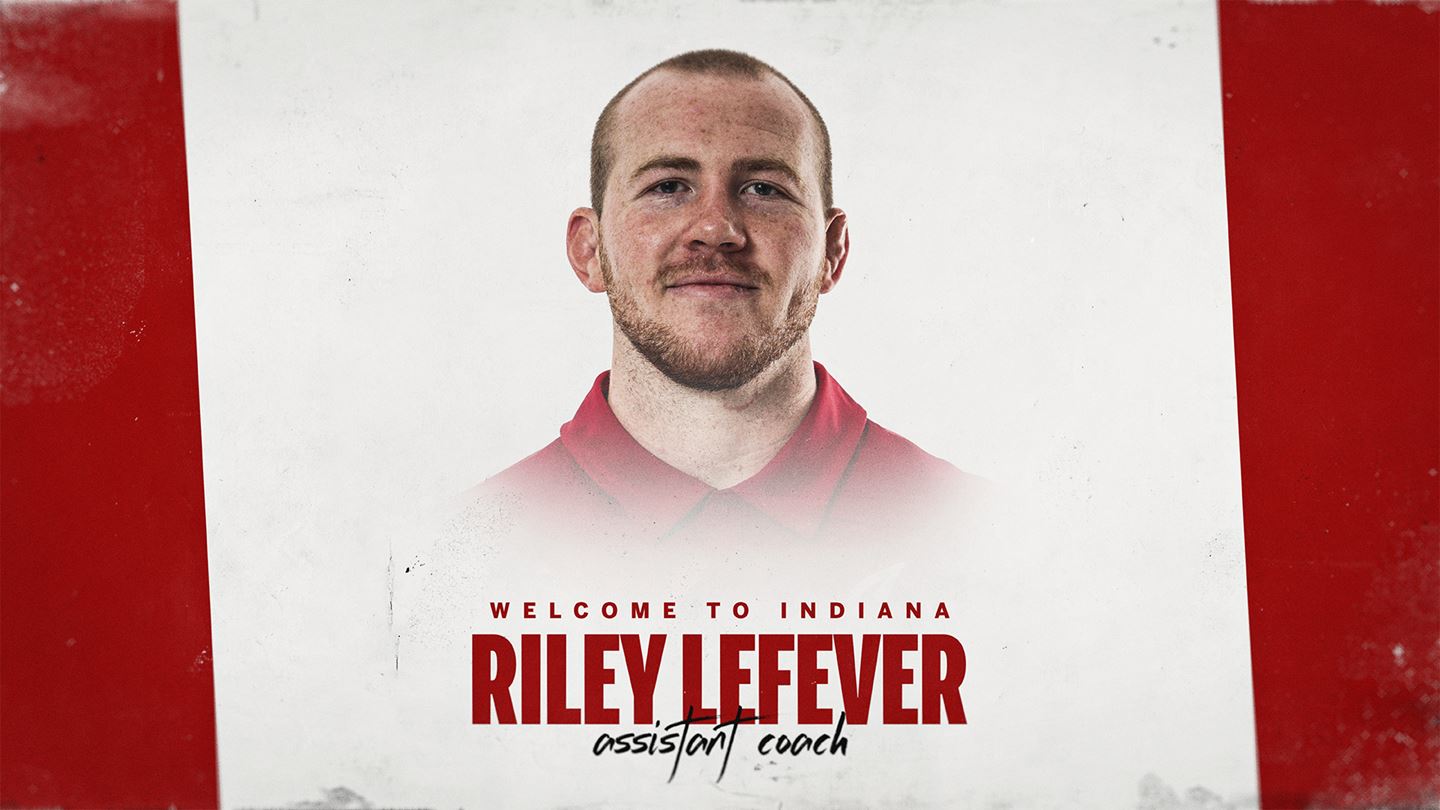 Lefever, who grew up in Fort Wayne, wrestled at Wabash College, where he was a four-time DIII National Champion (three times at 184 and once at 197). He is the grandson of Matthew and Ellen Henney of Whitley County.

“I’m excited to welcome Riley Lefever to our staff,” Escobedo said. “Riley had a tremendous career at Wabash College, becoming only the second wrestler in DIII history to win four NCAA titles. Riley also brings international experience to his resume as he trained at Penn State for the Nittany Lion Wrestling Club. Riley will work with our upper weights and will look to help them achieve their goals on and off the mat.”

Lefever graduated from Wabash in 2017 and moved to State College, Pa., to train freestyle with the Nittany Lion Wrestling Club for the last five years.

“My wife and I are very excited to return to the Hoosier state and join the Indiana community,” Lefever said. “Angel Escobedo really made this decision easy for my wife and I because of the direction he has the program headed in. I think it is really special that Angel, Jason, and myself are all from Indiana and are now all on staff together. The university and wrestling program has a great group of staff and faculty who are committed to helping the program and the student-athletes achieve success and also create a culture that is comprised of men of character.”