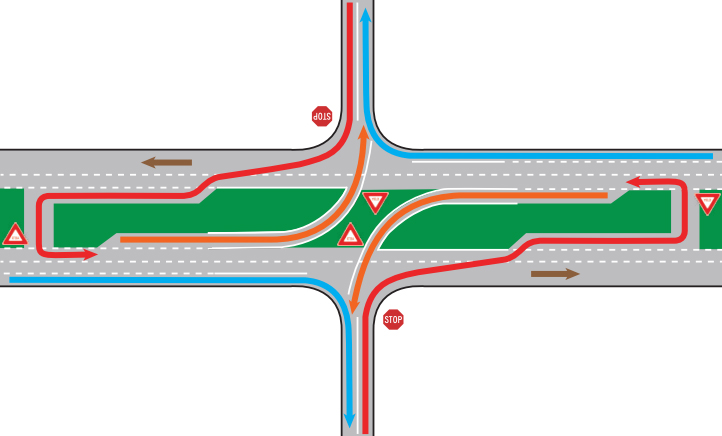 The Indiana Department of Transportation announces the construction of a Reduced Conflict Intersection (RCI) in Coesse.

When work starts, the driving lane in each direction will be closed for approximately one week for the construction of right turn lanes onto C.R. S 500 E. Following the completion of that work, the passing lane in each direction will close for the construction of the RCI. There is a speed limit of 50 mph and a width limit of 12 feet in the work zone.

Work on the RCI is expected to end by early August. All work is weather-dependent and schedules are subject to change.

INDOT reminds drivers to slow down and use caution while driving in and around all work zones.

Nationwide, statistics show a more than 50 percent decline in crashes where RCIs are installed. Fatal crashes decline by as much as 85 percent.

In June 2015, INDOT opened its first RCI at U.S. 41 and State Road 114 in Northwest Indiana. From 2008-2015, the intersection averaged four crashes a year with almost 40% of those reported as injury crashes, including one fatality. In the first year of operation for the RCI, the intersection experienced one minor crash, and no injuries or fatalities.

In 2011, INDOT widened U.S. 231 in Spencer County to four lanes, and for the first three years, there were at least four deaths and nine injuries at the intersections with S.R. 62 and S.R. 68. Since the intersections were converted to RCIs in the summer of 2016, crash rates have dropped significantly overall, with zero new fatal crashes.